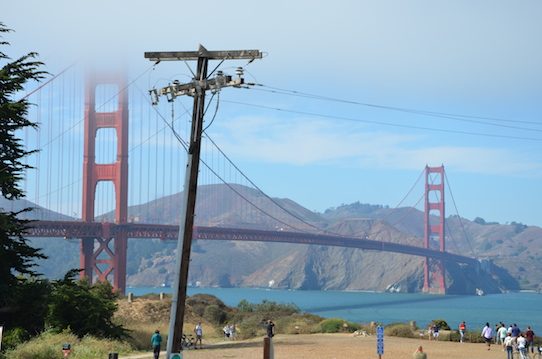 Scientists who helped to break the German air defence, later founded companies. The military was the first big investor in the valley.

San Francisco. The Silicon Valley near San Francisco is famous all over the world. Because of the great influence of the American role model, we speak regarding Dresdens semiconductor and IT industry about the Silicon Saxony. However, even though Silicon Valley is well known, not everybody knows the complete history. And that didn’t begin with Google or Facebook, but rather in World War II.

The challenge of the German air defence

There is an interesting lecture from Silicon Valley serial-entrepreneur and academician Steve Blank on YouTube about “The Secret History of Silicon Valley”. In his speech Blank states esentially that the British and American bombing of German cities was not that easy because the Germans had a very good air defence. Therefore the US had to find ways to circumvent the radar.

Stanford professor Frederick Terman was involved in these efforts of the so called Radio Research Laboratory. Although that was at Harvard University, the research went on later in the Silicon Valley during the Cold War. Terman encouraged many of his students to found their own companies. And a lot of them worked for the military.

Because unlike today, the development was not driven by private money, but rather by the government. The Defense Department, CIA and the National Security Agency acted like today’s venture capitalists, funding this first wave of entrepreneurship. In that way, the foundation of the Silicon Valley, as we know it today, was laid long before the silicon semiconductor was invented.

Additionally the question arises: Would todays Silicon Valley exist if there wouldn’t have been World War II and the Cold War? That’s a tough question because war is alway terrible. However, we all know that the internet itself was a military invention. Today we sometimes forget about it. But these are the facts.