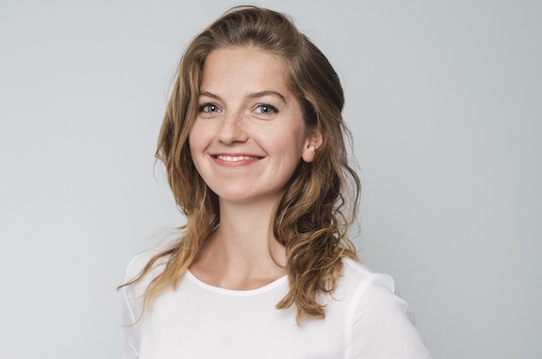 Women are still in the minority in Saxony’s start-up scene. Dresden-based Cathleen Scharfe was not deterred by this, but followed her dream.

Dresden. Many people dream of becoming self-employed. However, only the fewest realize their plans. Women in particular are a rarity as self-employed and founders. According to the Ministry for Equal Opportunities, only just under eight percent of all employed women in Saxony are self-employed. More interesting than the numbers, however, are the people behind them. One woman who has taken the plunge, so to speak, is 31-year-old Cathleen Scharfe. She has been working as an app developer since 2016. After a few years as a freelancer, she founded her own agency, “herzdigital,” in 2019.

Flexible and location-independent work as a major goal

For the Dresden native, enthusiasm has been at the forefront of entrepreneurship from the very beginning. “I actually never thought about whether there were only a few women in the startup scene or in computer science. For me, the urge to do something of my own was just so strong.” When she was still employed, she said, she always admired freelancers, “It was really cool. They could come and go in our agency practically whenever they wanted. I liked the possibility of being able to organize my time freely and to work independently of location,” remembers Cathleen Scharfe.

She doesn’t believe in just doing the time. Instead, she says, performance should be adapted to the current energy level. What’s more, it’s also economically attractive to start your own business, especially in the app market. “The potential is really enormous. As a developer, you have a lot of opportunities there,” says the 31-year-old.

In mid-2016, Cathleen Scharfe got the go-ahead. “I started up part-time for the first six months. That gave me the time to prepare everything in peace and quiet and, for example, set up my website and maintain the profiles on LinkedIn and Xing,” says the computer science graduate.

Things will get serious in January 2017, when she will be completely on her own two feet. But she won’t have to wait long for orders. There, too, she had already set the right course in advance. “I had registered with an agency that arranges orders for app developers. Although 20 percent commission is due, this is a good option, especially at the beginning of self-employment.” In addition, the agency takes a lot of bureaucracy off your hands, says Cathleen Scharfe.

Her first assignment takes the Dresden native to a Berlin agency. And there is a clear announcement right away. “I was bought in as an Android developer. And they said they wouldn’t have hired me if I wasn’t the absolute expert in the field.” The guest appearance in the capital lasts two months, then the job is finished.

After that, Cathleen Scharfe no longer needs help to get orderns. “It’s true that I haven’t signed off with the placement agency yet. However, I have subsequently benefited greatly from word-of-mouth. I received numerous inquiries,” she thinks back to that time.

Need to organize herself better

Although things are going well, she is also self-critical. “I put certain work processes to the test.” Instead of just sitting down and starting to work, she has increasingly structured her work, she says. “For example, I have divided the day into blocks. There are clear processes, which means, among other things, that e-mails are only checked at fixed times,” the founder explains. In parallel, she has also further developed her business model and founded “herzdigital,” a company specializing in health apps, in 2019.

“To put it exaggeratedly, I no longer wanted to be the ‘programming monkey’ and only look after one part of an app. It was important to me to accompany the process from start to finish.” An hourly rate approach doesn’t fit in with that. That’s why her company has only offered product and workshop packages since then, says Cathleen Scharfe.

In addition to the organizational considerations, there is also an emotional component: “I wanted to do something where I could see a direct benefit for people. The healthcare market lends itself to that.” Thus, with “herzdigital,” she developed a speech therapy app for the startup “Lingo Lab,” which makes it possible to continue the speech therapist’s therapy at home.

“With the app, patients can train the pronunciation of certain words and get immediate feedback on whether it’s correct,” Cathleen Scharfe explains, adding, “That’s just one example. In the healthcare sector, there are any number of problems for which a digital solution is conceivable. However, the technical knowledge is often lacking. With ‘herzdigital,’ I want to help so that these projects can be implemented.“

With charm and assertiveness

When negotiating for projects, Cathleen Scharfe still encounters a world dominated by men. Occasionally, as a young woman, she has to fight for the necessary respect. “There were situations where I didn’t feel taken seriously. I have then also addressed this directly at times.” She feels this is an injustice, says the founder, adding, “However, I’ve always tried to focus more on my performance and convince with that, instead of focusing on where I might not be taken seriously.“

The founder wants to encourage other women to achieve their dreams as well. “I’ve noticed at workshops in schools that many girls are afraid of programming. It’s important to show them that it’s not magic, but that they can do it if they put their minds to it,” thinks the founder, who has been fascinated by the world of computers since childhood.