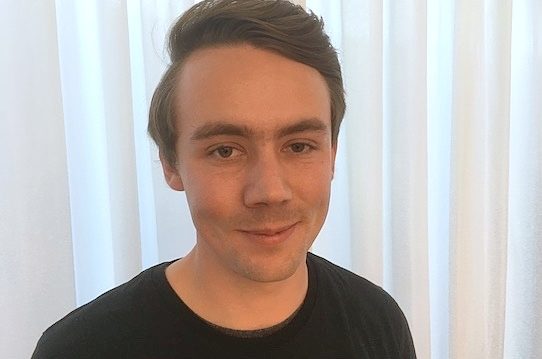 Currently industrial robots have to be programed by experts. With self learning software and a data jacket a startup wants to change that.

Dresden. In times of Siri and Alexa it’s not unusual to talk to a computer. A user poses a question and the machine searches for a solution. However, even though this is quite normal for customers, it’s not that common in the sphere of industry.

Currently a medium-sized company has to pay on the one hand approximately 70.000 euro to buy a robot. Additionally it has to pay the same amount of money to assign someone to program the robot.

Although this is a good deal for external contractors, this times could be over soon. The reason is an invention of Wandelbots – the first startup of the Smart Systems Hub in Dresden.

Centerpiece of the invention is a software and a data jacket that is equipped with sensors. „With the data jacket, we show a robot how a task should be done. Our self learning software memorizes the procedure and creates an automation,“ says one of Wandelbots’ CEOs, Christian Piechnik (31).

Starting point for the development was the observation that many companies use ancient software for their robots. It often dates from the 1980s. „We saw potential for this idea and moved it forward initially as an after work project,“ says Piechnick, who works for the chair of software development at Dresden University of Technology.

Things really started to move fast since the establishment of the Smart Systems Hub. The network aspires to connect science and industry in a better way than hitherto.

That way the founders got among other things in touch with the semiconductor manufacturer Infineon, where they could talk to employees. „Infineon is a pioneer of automatization. The feedback was important, in order  to build an application that works in practice and that is relevant,“ says Piechnick.