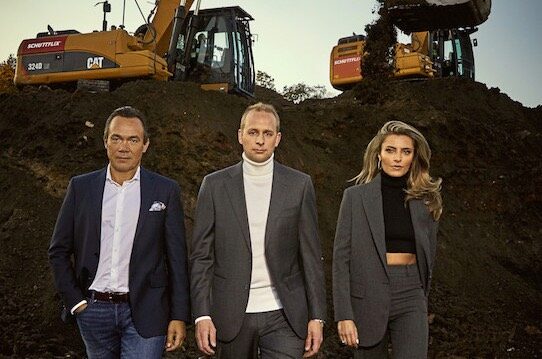 Actress Sophia Thomalla joined the startup Schüttflix at the end of 2019. She has now landed a major contract for the company in Saxony.

Leipzig/Gütersloh. Investing in grit doesn’t sound very sexy at first. Nevertheless, actress Sophia Thomalla (31) seems to have had just the right instinct when she joined the startup Schüttflix. The company is now delivering 180,000 tons of grit for the renovation of the northern runway at Leipzig/Halle Airport – the largest order to date for the company, which was founded in Gütersloh in 2018.

According to Handelsblatt, Thomalla invested a high six-figure sum in Schüttflix at the end of 2019. Since then, sales have doubled, according to the company. Previously, annual sales had been around one million euros. At the heart of the offering is a logistics app that connects producers, providers, suppliers and buyers of bulk materials. Delivery time and place, as well as the exact price, should thus be easier to track than before. Similar to Flixbus in the bus industry, Schüttflix wants to digitize the bulk goods industry with its platform solution and is currently relying on 2,000 partner companies.

What is it all about? Founderella is a website about startups from the wild German east. We want to share these business stories with the world. What are the factors that made the companies successful? What obstacles did they face? We will find out, and tell you.
If you have a good startup story from the Dresden area yourself, contact us at: office@founderella.com