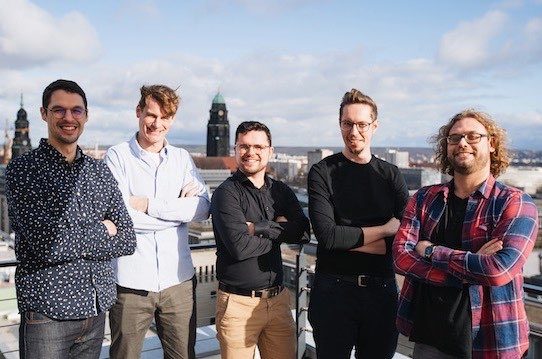 The Dresden start-up wants to use the high industrial demand for robots to expand internationally. New products are also planned.

Dresden/Berlin. The Dresden and Berlin-based start-up WAKU Robotics has completed its first round of financing. According to the company, the Technologiegründerfonds Sachsen, the innovation platform Plug and Play and the former managing director of Vattenfall Europe, Hans-Jürgen Cramer, are investing a total of one million euros.

“Robots will be the future workforce. Demand is high, but procurement is often difficult and time-consuming due to the lack of market overview, manual design of the solution and complex integration processes. We are highly motivated, supported by strong investors, to play a decisive role in shaping the rapidly growing robotics market”, says Victor Splittgerber, co-founder and managing director of WAKU Robotics. The money is to be used for international expansion and the further development of products.

Customers from the logistics and e-commerce industry

Current customers include international logistics and e-commerce companies as well as providers of warehouses and production facilities. They are already using WAKU’s know-how in the form of the independent comparison platform for robots “LotsOfBots” as well as the Online Robot Solution Designer, which can be used to track down tailor-made robots for the respective application.

WAKU Robotics was founded at the end of 2019 and develops an independent marketplace for the selection, ordering and integration of mobile industrial robots for warehouse and production environments. Using artificial intelligence, the start-up company says it helps its customers “get the most out of existing robot fleets”. WAKU Robotics has set itself the goal of becoming the largest marketplace for mobile robots.

Accelerator of the robot revolution

“WAKU is the missing catalyst for an effective and efficient introduction of robots. This puts it in a unique position to be a key factor in the robot revolution. Companies striving for fast and intelligent automation with robots will not be able to avoid WAKU Robotics”, says Hans-Jürgen Cramer, former Managing Director of Vattenfall Europe, about his investment in WAKU Robotics.

The five-member founding team is well known in the German start-up scene. In 2014, Victor Splittgerber founded the Dresden start-up Green City Solutions and subsequently headed the logistics innovation team at Zalando. Here the idea for WAKU Robotics was born. His Co-CEO Sander Nijssen, who previously worked as CFO of NewMotion and later as Managing Director of Formlabs EMEA, got to know Victor during his time at Green City Solutions.

What is it all about? Founderella is a website about startups from the wild German east. We want to share these business stories with the world. What are the factors that made the companies successful? What obstacles did they face? We will find out, and tell you.
If you have a good startup story from the Dresden area yourself, contact us at: office@founderella.com