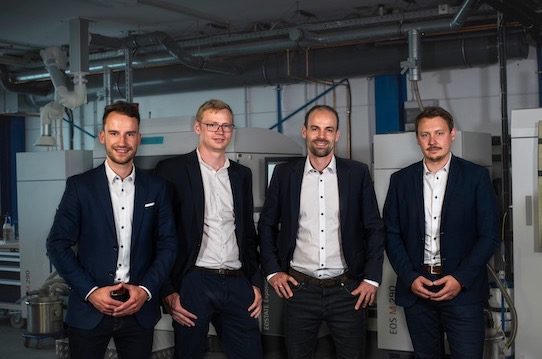 Electric mobility is on the advance. A young start-up from Halsbrücke produces components for the necessary engines in an uncomplicated way using a 3D printer. Now a Munich-based investor has joined in.

Freiberg. Only three months after its foundation, the startup Additive Drives from Halsbrücke has secured seven-figure financing. According to the company, the money comes from the Munich-based venture capitalist AM Ventures. According to media reports, it is expected to be around 1.5 million euros.

Electric motors from the 3D printer

Additive Drives has developed a 3D printing process that can quickly print electric motor components. The focus is on copper windings – the main component of any electric motor. According to Additive Drives, they can adapt these optimally to the geometry of the motor, eliminating the need to compromise on performance and efficiency. The startup counts as a so-called cleantech startup. Among other things, such companies want to conserve natural resources and reduce energy consumption, waste or pollution.

With the money from Munich, the current ten-strong startup wants to push th…