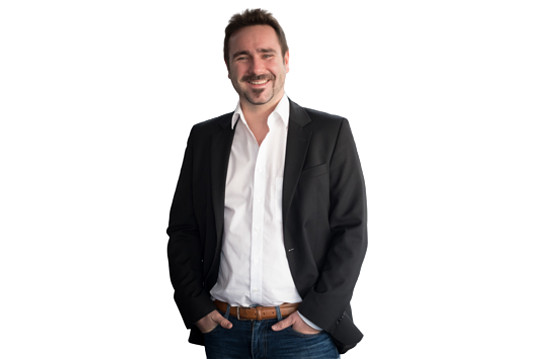 Florian Hoenigschmid spent almost three years in Silicon Valley as an IT manager. In a Founderella guest article, the digital expert from North Saxony explains what works better in the USA when it comes to digitization and what Germany can learn from it.

Anyone traveling to Silicon Valley is initially disappointed. Everything is quite unspectacular. From the outside, you can’t tell that this is the world’s high-tech laboratory. What you see instead is a huge housing estate with a highway in between. More important than what you can perceive with the naked eye, however, is what is initially invisible – the Silicon Valley culture. The famous place lives above all from its ecosystem – from the exchange of people with each other and from the will to simply try out new things.

To make the difference clear, I want to compare the situation in Germany. Although a lot has happened in Germany in recent years in terms of digitization, not everyone wants to acknowledge the development. At trade shows, I often talked to SMEs that had a good product but thought that digitization was a buzzword – a fad. The response was always, “We’re still selling.” The strategic view is missing in these cases. After all, the world may be a completely different place in five years.

In addition, some people sell their machine to a customer, for example, but then nothing for 20 years. While this speaks well for the performance of the engineers, it is bad for business. With things like a maintenance or utilization app, additional money could be earned on a regular basis. And above all, it would be a win-win situation because, of course, the company using the machine could save energy and CO2 through the app data, for example. Even if not everyone admits it, many entrepreneurs actually know what the hour has come too. However, because they have to invest first and don’t earn money immediately, they shy away from taking the step. In the end, the shoe doesn’t seem to be on the other foot enough.

Startups on a par with big companies

The situation in Silicon Valley is completely different. Both medium-sized companies and large corporations are open-minded in this regard. When young startups arrive with new ideas, they see these companies as equals. It’s also much easier to get into a conversation with decision-makers than in Germany. Moreover, these are not conversations where someone is awestruck, but rather “casual” – i.e., conversations in a casual, relaxed atmosphere. And it’s not uncommon for people to say at the end: “Sure, we’ll test that at our company.

In addition to the courage and willingness to break new ground, there is another point where Germany and the U.S. fundamentally differ: translation performance. A great technology, for example in the area of the Internet of Things, is of no use to anyone if it can only be operated by certain engineers. We have this phenomenon of technology by engineers for engineers more often in Germany. Quite a few are proud of this dominating knowledge.

Backwards through the labyrinth

In the USA, on the other hand, a different approach is already being taken to the development of technology and is referred to as “walking backwards through the labyrinth”. In concrete terms, this means that the problem is the focus and the corresponding technology is developed on this basis. The point is that it should be as intuitive as possible and thus user-friendly, so that the product is accessible to a wide range of people.

Seizing the opportunity of Industry 4.0

Despite these shortcomings, however, there is also good news: it is not yet too late. For example, Germany may have missed out on the first wave of digitization – we can hardly compete with Google or Facebook in their field. But it’s a different story in the business-to-business sector when it comes to the digitization of industry. The train has not yet left the station there. We can and should seize this opportunity with the enormous industrial expertise available in Germany.

Startups should play a key role in this as drivers and impetus providers. However, this will only work if they are not just praised in Sunday speeches and regarded as “nice to have,” but if they are brought on board in a decisive way. Both small and medium-sized businesses and large corporations will benefit from this.

Florian Hoenigschmid is Vice President Sales & Strategy at azeti GmbH. From 2016 to 2018, he worked in Silicon Valley in the USA and was in contact with Cisco, Intel and Samsung.